May 11, 2015 By Julia Malinowski in Books, What We're Reading Tags: Books, Reading 1 Comment

When I moved to Seattle, the idea was to pursue a job where I worked a normal 40 hour week, as opposed to the often 60 hour weeks I pulled in Arkansas. Well, instead I ended up getting two jobs: a forty hour a week job as well as a part-time catering gig on the weekends. Recently the extra work has been getting to me and I’ve found myself leaning on Downton Abbey and Newsroom episodes as a release. I have a thick stack of books from the library next to my bed, but for some reason I just keep on turning to my Amazon Prime playlist.
.
Mil and I are taking a trip to the beach in a few weeks and I’m excited to spend hours lounging in the sun leisurely reading. I used to always turn to books as an escape and I’m looking forward to hopefully getting back into this routine. Here’s a round-up of some of the titles we plan on packing in our beach bags this summer:

1. In A Constellation of Vital Phenomena, Anthony Marra weaves together the stories of three characters struggling to survive in war-torn Chechnya: an eight-year-old whose house is burned by Russian soldiers, her older next door neighbor whose wife struggled with dementia, and the last doctor in the area who happens to be of Russian heritage. While a novel about the fallout of war may sound a bit intense for summer, the New York Times Book Review suggests that it’ll leave you believing in “the regenerative possibility of life in its essential form.” And what is summer about, if not the regenerative possibility of life?
.
2. Something light and fun is a requirement for any beach reading list. Seating Arrangements is the perfect combination of frothy fun and smart satire. Set during a wedding weekend on an exclusive New England island, this story of family drama and scandalous flirtations is guaranteed to entertain.
.
3. Joan Didion is most known for her novels and writing the screenplay for Up Close and Personal. Slouching Towards Bethlehem is her first nonfiction work, originally published in 1968. In it, she paints portraits of various people and lifestyles in the 1960’s, from John Wayne to a regular housewife. Described as illustrating “the essence of San Francisco’s Haight-Ashbury,” it’s the perfect book for better understanding northern California’s counterculture history while lounging on southern California’s beaches.

.
4. As a girl, I was obsessed with the “Little House” books. I longed to live in a time when churning your own butter was a thing. The children’s series is based on Laura Ingalls Wilder’s autobiography, which publishers were originally not interested in. Apparently it depicted life on the prairie as just a little bit too grim. After 70 years, Pioneer Girl: The Annotated Autobiography has now been published, and I can’t wait to get my hands on a copy. That is, if I can get my hands on a copy. The second printing of the book was sold before it even came off the press.
.
5. Who can resist religious conspiracies and  papal intrigue? Ten years after publishing The Rule of Four, Ian Caldwell is back with another thriller that may over shadow the first. A Catholic priest must search for the connection between the gospels, a religious relic, and the murder of the curator of the Vatican Museum – all before becoming a victim himself. The Fifth Gospel will have you glued to your beach towel until you turn the last page.
.
What’s on your summer reading list? Besides lots of juicy magazines, of course! 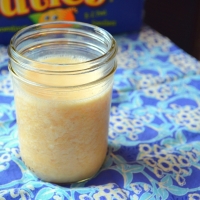